our new policy on self-promoting “social media experts” is to just kill them all, and let God sort it out. – Quora User (name redacted)

I was quite admittedly flattered when I was invited to join the closed Quora Review group on Facebook but confused. Why would the elite from Quora invite me to join? Why do they need a Facebook group? What’s the group for? And why couldn’t someone have invited me to the Quora party instead? (Sounds way more fun.)

As I read the first posts that started to filter into my inbox, I was surprised to see that the group seemed to exist largely to complain about how bad Quora was quickly becoming due to an influx of social media experts touting their own skills by answering questions. Beyond that, the activity stream on Quora is so polluted that the Quora elite found it necessary to use a Facebook group to share interesting questions.

I have said much the same thing, but haven’t quite reached the same level of enthusiastic Scoble-bashing that seemed present. For a variety of reasons, Scoble seems to have attracted the most vitriolic attacks against this new wave of users who seek to…well…use Quora.

The most influential (so far as I can tell) Quora users are resolutely unified against “Scoble’s love of self-promotion” to the degree that to be accused of being “scoble-like” means you’re the next one up against the wall when the revolution comes.

Some respond to Scoble’s opinion of Quora (somewhat humorously) with,”…And I will strike down upon thee with great vengeance and furious anger, those who would attempt to poison and destroy my brothers!” Others simply express a degree of schadenfreude by delighting in voting down his answers, “Oh man, I just downvote-collapsed one of Robert Scoble’s answers. You’re right, it does feel good!”

The quotes are somewhat out of context (and most are said in jest) but the general tone is clear. Social media experts should be stabbed repeatedly with painfully semi-blunt instruments until dead, or at the very least rendered mute except for subtle whimpering.

At the risk of alienating the people who just invited me into their nice group and let me post on this blog, my apologies. Let me be typically blunt:

You people are nuts.

Blaming social media experts for promoting themselves on Quora is like slitting your wrists, jumping into shark infested waters and then complaining bitterly if someone so much as takes a nibble.

Quora is designed from the ground up to be a social media engine. The voting system, the authentication method, and the notifications are all entirely geared to maximize user retention. (For the laymen, retention means, “bring users back to the system again and again.”) Quora is in no way created to get the “right” answer.

It’s taken me a while to realize it, but Quora is not a Q&A site. It’s also not as Scoble stated, “the biggest blogging innovation in the past decade.” It’s a Q&O site: Question and Opinion.

The Mission is not the Truth

Granted, I am not privy to Quora’s leadership and I have not read their mission/vision statement. But no one with an IQ above that of a lampost would put a button that says “Tweet your answer” on a web page without knowing full well that it will be used and abused to rally supporters to upvote your answer regardless of it’s veracity.

I have a degree of faith that the founders can indeed outwit far more clever inanimate objects than a lampost and then some. They knew what they were doing.

Quora is in the business of getting more users and if they have a company dashboard of metrics they look at everyday to measure their progress, I guarantee you that a truthiness meter is not one of them.

The fact that Quora managed to have such high quality content at all is entirely due to the high quality of the initial user base and nothing more. As the system grew, the first set of users rigorously created and then enforced the social norms of the site with great effiicacy. Moreover, the invite only system kept the quality of the users very high for an extended period of time. But as Quora ended the private beta and opened up, the hockey stick growth started swamping any chance for the moderators to enforce any social norms.

It’s a free for all for the SEO (Search Engine Optimization) link juice that comes from a well written answer at the top of the page with a link back to your blog. 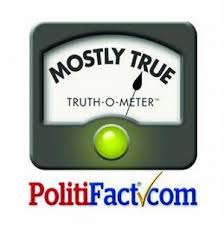 After using Quora for several months and seeing the myriad ways to game the system to get more upvotes, I’ve also seen a dozen ways to reduce the amount of gaming that is going on. Given the intelligence of the quora staff, I assume they probably have two dozen more on the table, but they are not being implemented. I doubt they’re even being tested.

Here’s just a small sample of easy to implement things that could (maybe, maybe not) reduce the popularity contest:

Although Quora is aware of the issue and is working on a “People Rank” algorithm which will undoubtably be a piece of technical brilliance, the fact of the matter is that Quora needs to drop any pretention of being a place to find the truth and the user elite needs to surrender to the truth that Quora is a place for self-promotion.

That’s doesn’t have to be a bad thing.

Whether anyone is willing to admit it or not, everyone loves a good ego stroke. (Or any type of stroke for that matter.) Whether it’s getting an up-vote, a new follower, or simply believing that someone out there is reading what I had to say, Quora massages us into loving it.

Even if you’re not looking for a paycheck by answering questiona like “How Do I Make My Anus Tighter?“, someone is getting a kick out of demonstrating their expertise. (And we all got a kick out of reading that one.)

The main complaint really seems to be in differentiating shades of grey. If someone like Ben Mappen pimps their own service but makes the bias clear, is that ok? What about  my own answer where I also clearly mention my competitors without any smack talk? Is that ok?

After all, the first time I noticed Quora was when I saw 20-30 hits a day coming to my old site from there. I signed up to figure out what was going on and take advantage of it.

(I will await the vitriol for being so gauche as to state this out loud.)

The only thing that separates me from the more egregious self-promoters out there is that I haven’t been called on it.

Should I be rewarded for being more subtle? Or maybe I should be the first up against the wall for promoting my blog in my headline. (Like the way I self-promoted a link to my blog there? Get used to it.)

Apparently the line is drawn when Scoble puts irrelevant pictures into his answers to attract more attention. Or perhaps it’s just the scope of his popularity that people fear skews the results. Regardless of the reason, the flame war has gone too far and entirely misses what Frank Zappa would have called, “the crux of the biscuit.”

Make Nice with the Genie

Both Quora and the user elite need to admit that the SEO and pure ego boosting implications of Quora are too much to resist and no dazzling amount of technical expertise in establishing a reputation graph is ever going to stop people from name dropping and trying to use Quora to their own advantage. The only thing to do is to focus all that self promotion into a useful channel.

By accepting that Quora is going to be used for self-promotion, there is a chance to integrate it into the system and create better answers for everyone. But the incentives of the self-promoting gamers has to be aligned with the truth.

If someone can get more SEO and more name visibility by posting an irrelevant picture and loading their answer with keywords and links, that’s what’s going to happen. Without a sufficient place to link back to your own blog right at the top, people will invariably insert one into the post. If the answers were made anonymous, people would just post their names directly.

The good news is that there are a lot of solutions out there, and most of them don’t require a year of R&D to implement “People Rank.” They just require a systems level view and an acceptance of reality.

I don’t know the magic trick to make everything alright and I’m sure I’ll get bulldozed for this post. But I’m quite certain that the argument of the week has gone from silly to absurd in a fairly short period of time. We need a dose of calm, reflection, and perhaps even a poorly drawn stick figure chicken.

Quora needs to work with the social media masters to allow efficient but respectable self-promotion so that the elite don’t have to spend so much time “bitchslapping sense into people.”

Tristan Kromer is not a ninja. He does however occasional self-promote his blog, his numerous (and often silly) projects, and whatever else he finds interesting.

You are currently reading Robert Scoble’s Severed Head, Truthiness, and the Surrender Chicken at The Quora Review.